Writing group starts up again at the beginning of February, and I realise that I have done very little writing or even thinking about writing lately. Really shows how important something like a group is with regular meetings to keep you motivated. I have done absolutely nothing to try and further my career as a writer over the last couple of months, although to be fair I have done quite a few other things, some of which I have recorded on this blog. One thing is working on the kitchen which is coming together quite nicely, although nowhere near finished.

One of the things I was thinking of doing towards my career was take a drawing class. At first the connection may not be obvious, but there is one! I’ve always been a keen crafter, pretty much anything you can do with a needle and thread I’ve tried, from sewing to knitting to embroidery and all sorts in between. For many of the things I’ve made I have created my own designs rather than using somebody else’s, and one thing I would like to do is to try and sell my designs and ideas. I’m not really interested in making the things and selling them, I’d rather have the designs featured in magazines and so on. Heaven knows there are any number of crafting magazines and websites, and all of them need ideas for projects, so there must be a market. Hence the drawing class, on the basis that if I can produce drawings of the proposed project, it might help to sell it. Photos are good too, but magazines often have line drawings of the steps in making something, and I’d like to try those. I was never much good at drawing at school, so there is no telling how I might go at it now! There are a couple of short courses I could do at local colleges, and also a unit in one course called ‘Develop self as artist’ or something similar, which might be just what I need.  Both the drawing and the writing seem to me to be useful in this venture.

Driving home from work last week I stopped to take some photos of a very striking cloud formation. I also think this is something I should do more of, take photos of fairly random stuff. In the past I’ve mainly only taken photos of things which were important to me, family, house, garden, animals etc., and when I went somewhere particular. For writing though, it might often be useful to have my own photos to illustrate articles etc., so I should try and build up a stock of photos of subjects which might be useful. This particular cloud formation was one of those white fluffy ones which look like so much shaving cream piled up, pure white against a brilliant blue sky. Unfortuntely there were power lines along the side of the road, and even though I scrambled around on the verge a bit I couldn’t get rid of them altogether. If I need to use these pictures I think I can probably crop them out though, or edit them out. Here are a couple of shots where I managed not to get the powerlines, although I think the first has too much foreground vegetation. 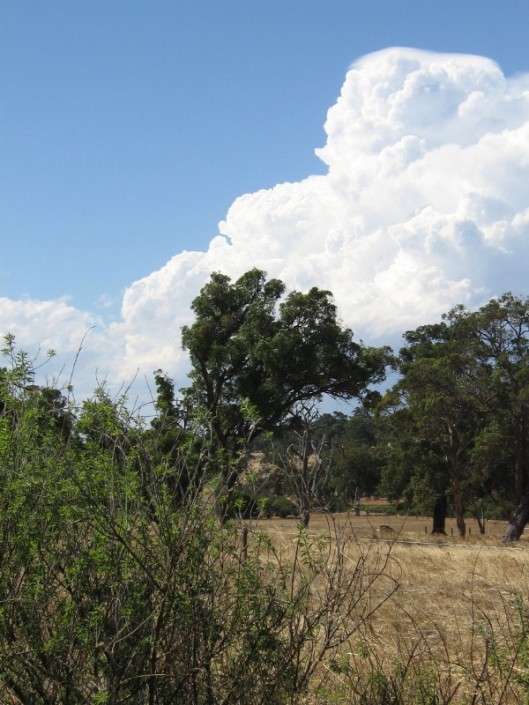 Looking at the quality of these I think maybe a new camera has to get added to the list of things to do/get! 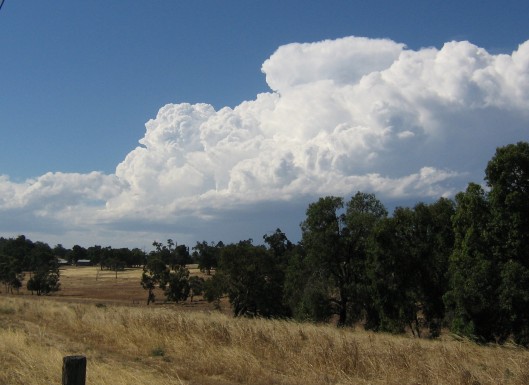 5 thoughts on “On returning my focus to writing”